My Green Period – By Aindri

This week’s #sustainabilitysunday post is from this super-awesome illustrator and designer of Indian origin – Aindri, residing in London. She does what she calls f-art(coolest.nick.ever!) about sub-continental things.

What follows is an excerpt of her comic strip on periods and menstrual cups that we couldn’t have not shared because of the following two reasons:- 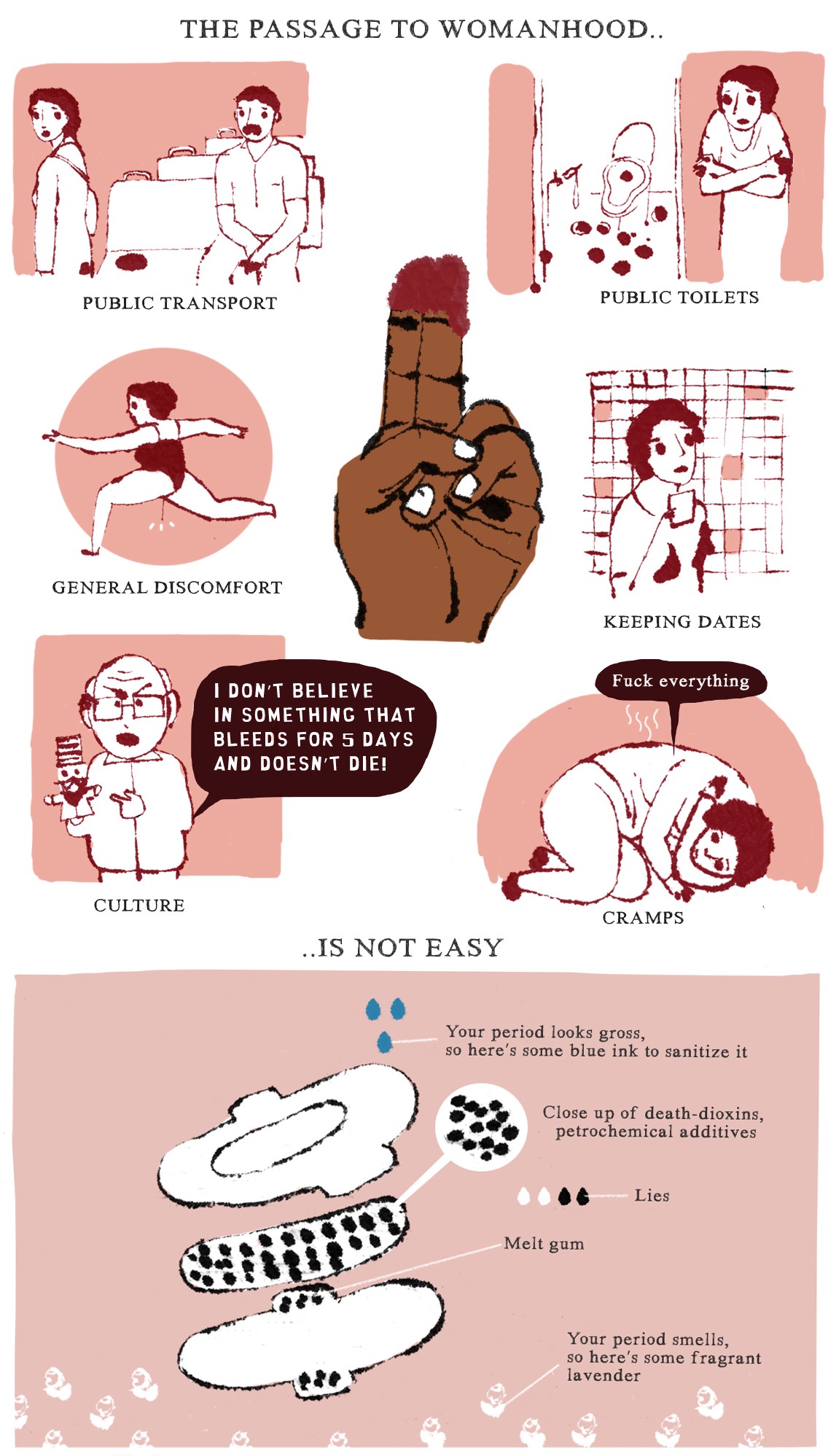 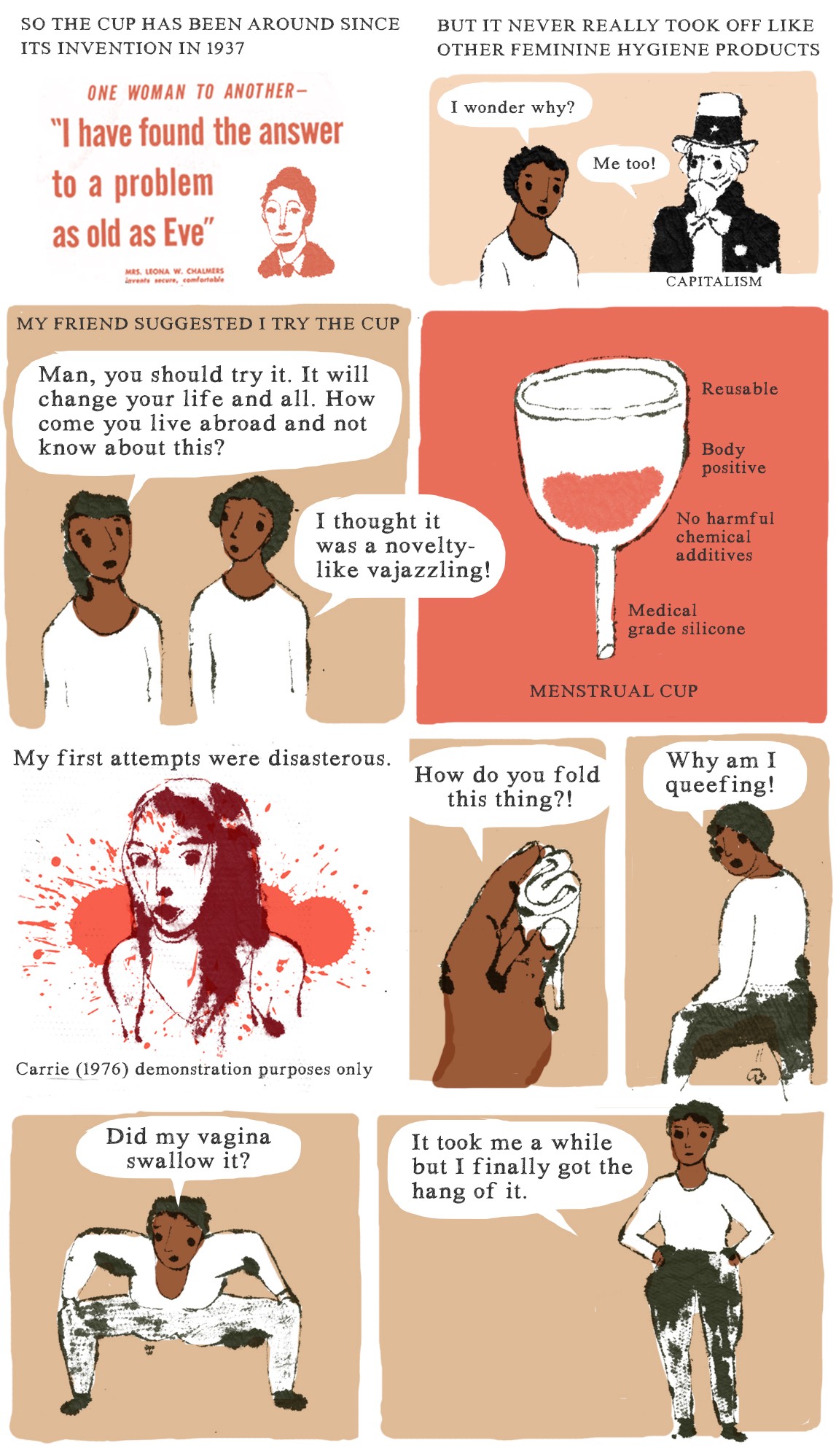 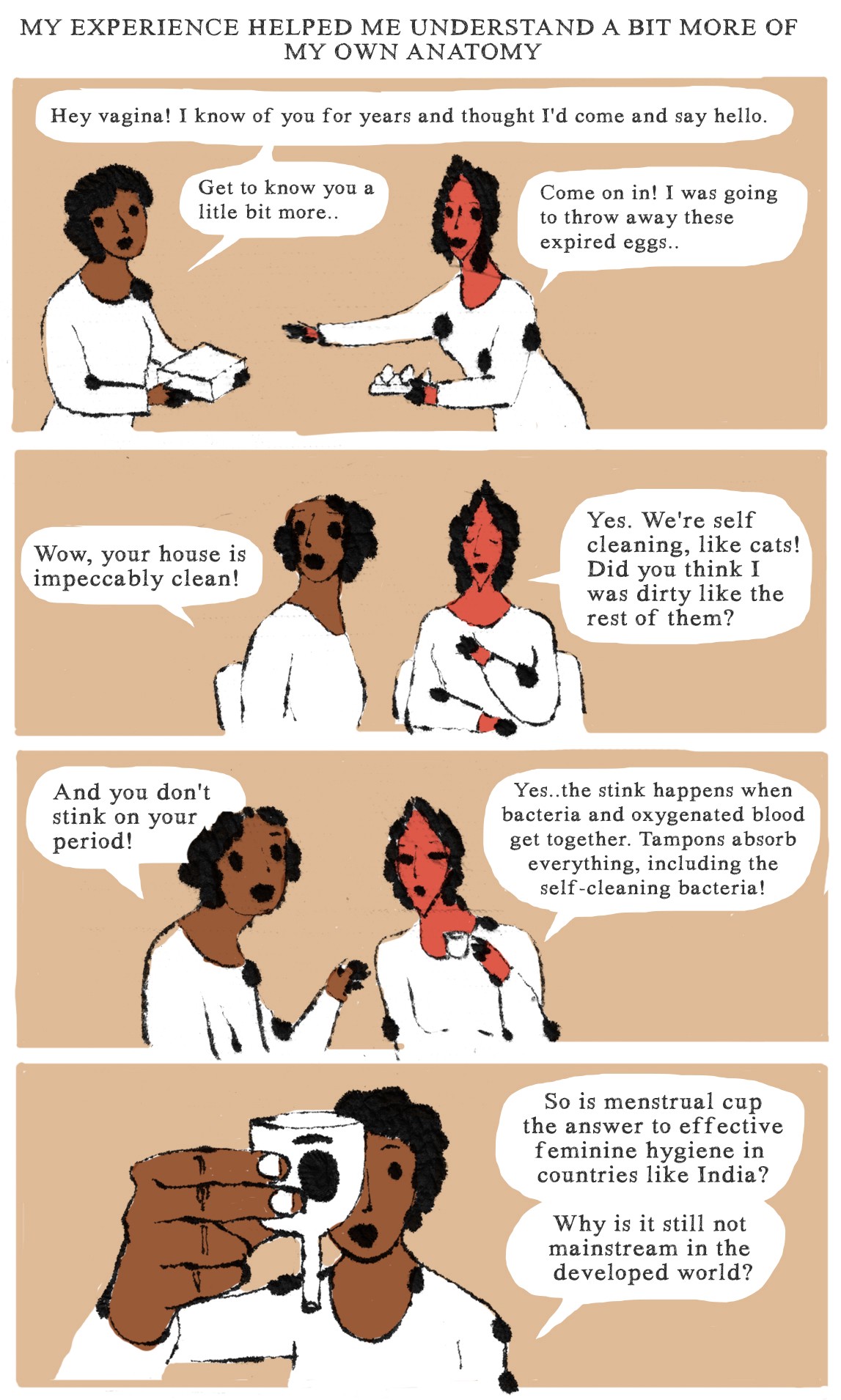 You can read the full comic strip here on her Medium Blog. You can also check out her other awesome work on her Behance Page.

Previous Post
Why 2015 Was the Year When Periods Won
Next Post
Periods Are My Privilege, Not My Shame
This photo is copyright protected