This article was originally published in Scroll.

British tennis player Heather Watson crashed out in the very first round of the Australian Open this year. In an interview after the match, while discussing her admittedly poor performance, she spoke about feeling dizzy and nauseous on the court and took the sporting world by surprise: “I think it’s just one of these things that I have, girl things. It just happens.”

Watson’s reference to “girl things” broke an unofficial code almost no sportswoman had breached before – talking about menstruation in public. Since then, several athletes have opened up about it in British media, debating how much periods affect performance.

Some spoke of taking contraceptive pills to delay menstrual cycles for important match days. Some discussed the pain and cramps that slowed them down. Even former tennis champion Martina Navratilova spoke up: “It sounds like an excuse but for women it is a reality…You don’t want to use it as an excuse but it can affect some players in a big way.”

If period talk has been a taboo in England, it is even more so in India.

In a country where menstrual blood is widely considered impure and inauspicious and barely 12% of women have access to sanitary napkins, how do sportswomen in physically demanding sports deal with menstruation and its taboos? How much do periods impact their games?

Anju Bobby George, India’s long jump champion from Kerala, won three golds, two silvers and two bronzes at major international competitions between 2002 and 2007. And she is convinced she could have added two more medals to her kitty if it had not been for menstruation.

“I lost two big long jump competitions because of it, but could never tell anyone that,” said George in a phone interview with Scroll.in.

At the 2002 Indo-World Championships, George got her period just before her event and suffered from cramps and weakness. She ended up finishing seventh. The same thing happened at the 2006 Melbourne Commonwealth Games, when George finished fourth, just 2 centimetres short of getting a medal.

“I was in top form in every other way, but the period made me feel weaker and there was nothing I could do about it,” said George. “After the events, many people criticised my performance but this is not something I could ever tell them.”

Menstrual cramps, pain and weakness do not affect all women in the same way, and several sportswomen are not particularly hampered by their periods. For the many who do have a tough time at the start of their menstrual cycles, the bigger challenge is often dealing with male coaches in a culture where the ‘P’ word is not uttered openly.

“Coaches are usually understanding enough and give the girls lighter training on those days, but some coaches just don’t get it – they are either ignorant or not gender sensitive,” said Godara, an Arjuna awardee who was the first Indian to win a world-class marathon in 1990. “Such coaches insist on heavy workouts, which are not advised on the first two days of one’s period.”

In contrast, the British hockey team is expected to email period dates to their coach every month so that training schedules can be adjusted accordingly. 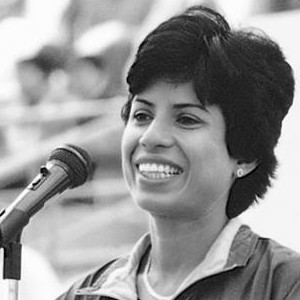 Godara now runs the HFT Taekwondo Academy in Delhi, where she took the extreme measure of firing a coach two months ago because of this reason.“I had been receiving several complaints from girls that the coach did not understand what they meant by feeling ‘unwell’,” said Godara. “He would force them to train rigorously even on those days, so I eventually expelled him.”

Godara’s case is a baffling example of the severe silence around menstruation: she admits that none of the taekwondo students directly told the coach about their periods and, ironically, the coach was never told the real reason for losing his job. “I also gave him some other reason for expelling him,” she said. “Openly talking about periods is definitely a taboo.”

Sportswomen, who are used to intense physical training, don’t really see period problems as an impediment or an excuse for poor performance, but they do believe it is important to have a sensitive coach. 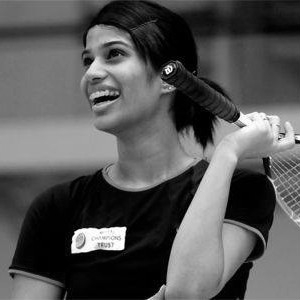 “We work hard and are used to a lot of pain during training and competition, so I definitely think we can handle having to deal with having a period…I think it’s the equation you share with your coaches,” said squash champion Joshana Chinappa. She tells her coach if she feels weak during a period only on rare occasions, if she thinks it affects her performance during training. “In a match you just have to deal with it.” Taking contraceptive pills to delay periods before important tournaments is not a common practice in India, with most sportswomen wary about the side effects. “Such pills can affect both performance and health,” said Anju Bobby George.

Awareness about menstruation is low across India, and several young women enter sports without adequate knowledge about its physiology, says Godara. On the first day of one’s period, she says, the body is usually heavy, a time when athletes should ideally stick to light exercises. By the end of the second day, the body starts to get lighter, and on the third day, trainees can resume regular workouts. “I try to advice my students about this, but it is the duty of sports institutes and doctors to educate young women,” said Godara.

Coaches, too, need the same education. “Many coaches don’t understand that periods affect different women in different ways,” said Vandana Rao, a former athlete and Arjuna award winner who always suffered from severe menstrual cramps and had to take medication to be able to compete in the 1986 Asian Games. “Luckily I had a very considerate coach and I did well in the tournament, but many coaches need to be sensitized.”

This article was originally published in Scroll.