When I Realized My Mistake, I Found A Way to End This Toxic Culture

There are certain incidents that stay etched in our memories, no matter how many years pass. I want to talk about one such incident which dates back to the year 2002.

Late in the evening, two boys were returning from their engineering coaching classes. As they neared their hostel in Munirka Gaon in Southwest Delhi, they spotted a girl walking alone down the street. It was quite dark and the street wasn’t occupied with many people at the time. The boys felt a bit adventurous and without giving it a second thought, they decided to follow the girl. They followed the girl for almost twenty minutes through the dimly lit narrow lanes. Suddenly, the boys realized they had wandered into an unknown locality and felt a little unsafe there. So they finally stopped pursuing the girl and started walking back towards their hostel. They felt thrilled about the whole experience without realizing the potential consequences of their actions.

I know this because one of the boys was a friend of mine and the other boy was me when I was 16. At this moment, you might be judging me. If you think I should have been put behind bars, I wouldn’t be surprised. That’s exactly how I feel about the 16-year-old me when I think about that incident. Every year thousands of these incidents happen and they undermine the efforts of creating gender equality in our society. I am not talking just about stalking but also about other kinds of harassment like eve-teasing, passing lewd comments, or worse, molestation.

As I grew up, my mind would often revisit the incident and regret being a part of it. So one day, I shared this incident with my wife and the conversation that followed compelled me to find a solution to this problem that seemed all-pervasive. She told me that she had been stalked by boys and men during her school days in Ranchi as well as during her college days in Agra. She had been a target of lewd comments and had faced molestation in public transport. She shared about how unsafe she felt and the psychological trauma these acts of harassment had caused her. She had to live under constant fear and had to be cautious all the time while living far away from her home and family. This made it hard for her to concentrate on her studies or enjoy life in general.

That day, I fully understood how my actions that night in Munirka Gaon had contributed to this toxic culture of hostility towards women. Aditi and I decided that this hostility towards women and girls is what we want to tackle now. After a long discussion, we concluded that the best way to do it is by focusing on boys. Back then, my friend and I saw nothing wrong in following that girl. We thought it was just harmless mischief. This insensitivity, this lack of moral judgment when it comes to behavior towards the other gender is what we want to address.

We agreed that a major reason behind this toxic culture of harassment is that boys are not sensitized to the appropriate behavior towards girls. To make matters worse, these boys are inevitably exposed to the way women are depicted and treated in popular media, including stalking, eve-teasing or molestation. Such exposure, while the boys are still forming their perception of the other gender, can potentially corrupt their moral judgment.

By sensitizing boys at the right age, we can make them immune to these various corrupting influences and make them be more responsible in their actions.

But do parents really want to sensitize their sons about this? We too had this doubt. That’s why during our research phase, we interacted with parents and educators. We conducted a survey of 150 parents and 77 teachers from various parts of India.

During our research, we found that 92% of parents and 94% of educators believe that boys should be taught how to behave around girls and women.

After this research, we were determined that our next book must be aimed at sensitizing boys at the right age across different sections of the society. But what is the right age to sensitize?

Below is a graph from a study done in 2007. It shows the number of first time stalking offenders across different age groups. We can see the incidents of stalking peeks at the age of 18 and 19. But what’s more important is that it begins as early as the age of 12. 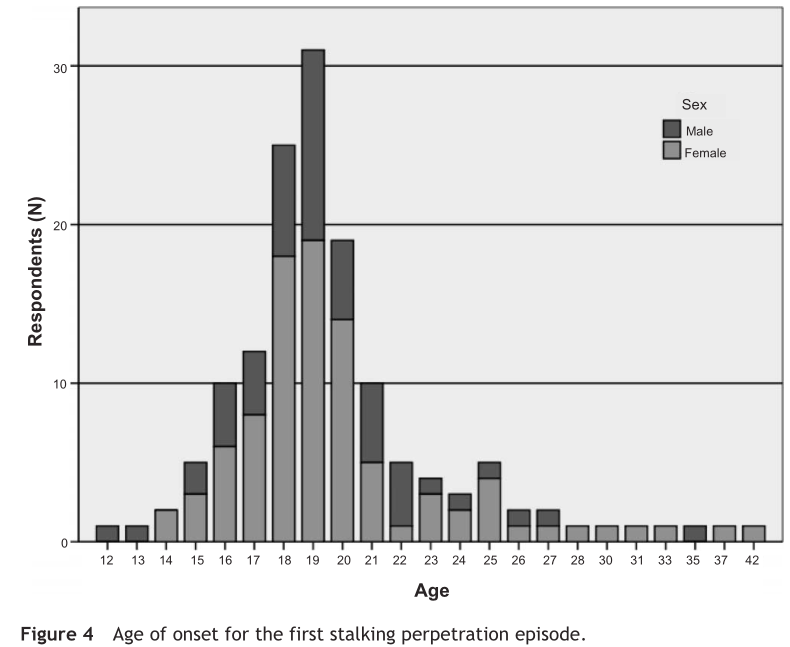 That’s why it is important to sensitize boys at the onset of puberty. That’s the point at which boys and girls undergo physical and psychological changes to grow distinct from each other. Boys begin to explore their identities distinct from girls and they begin to form their perception of girls and women. That’s also the age when peer pressure kicks in and they are most likely to be influenced by popular culture. That’s why we want to make a puberty guide for boys.

In our book, along with the usual topics related to puberty, we will also cover bullying, appropriate behaviour towards girls, the concept of consent and sensitization to periods. This book and its supportive materials will be available in all Indian languages. These materials will be available through all our distribution channels to make it as accessible as possible for parents and teachers.

Our end goal is to empower parents and teachers in inculcating strong value system in boys so that they are not only aligned in the path of growth and development themselves but they also create a positive peer pressure that prevents others from engaging in antisocial activities.

As a society, we raise our girls with shame and boys with ignorance. As a father of a son myself, I feel there is an urgent need to raise our sons right so that we have a world where men and women can coexist in harmony with each other.

Author: Tuhin Paul
Tuhin Paul is the author and illustrator of Menstrupedia Comic. He is the co-founder and Managing partner at Menstrupedia. As an expert in visual communication and user experience design, he has extensively used animation and comic art to address socially relevant issues. He is a TEDx speaker, visiting faculty at the National Institute of Design and an alumnus of Young Connectors of the Future at Swedish Institute. 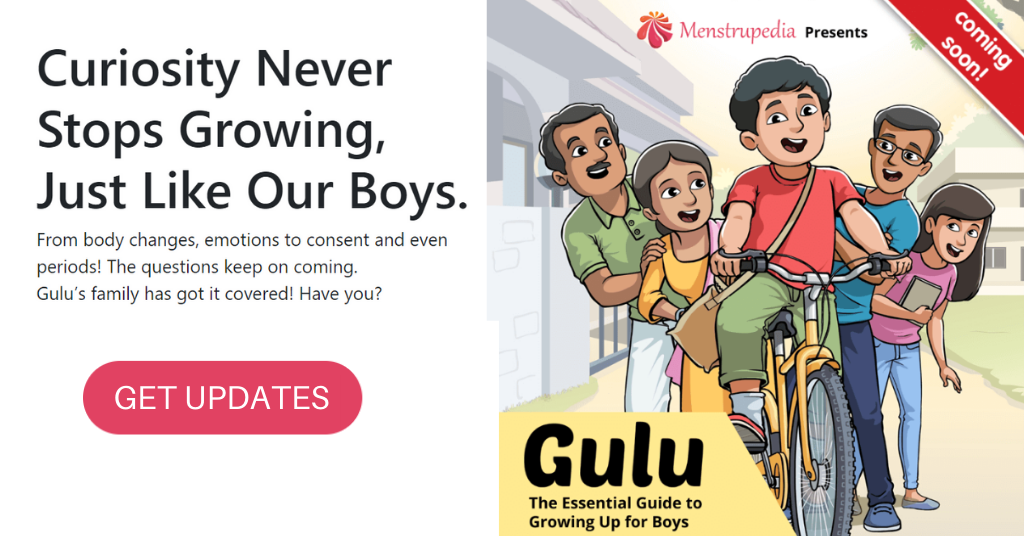