From Japan To America, Menstruation Taboos Are A WorldWide Issue

Note: This article was originally published in Homegrown and reposted here from YouthKiAawaz.

Even the mention of the word ‘period’ publicly in India is enough to make women uncomfortable and men cringe. Perhaps the biggest problem with the conversation around menstruation is that there isn’t one. At least, not a loud or engaging enough one. Only 12% of India’s 355 million menstruating women use sanitary napkins, for reasons ranging to lack of economic capabilities, limited access, orthodox customs and an overall lack of menstrual education. Despite efforts of various women-focused NGOs and different groups aiming to create a more open, healthy environment for menstruating women, misconceptions are rampant.

As we begin our own journey towards identifying the problem and tackling it, we realized that this is hardly only an Indian issue. Women across the world suffer from impractical, and sometimes bizarre discrimination purely because of their periods. From Zambia to Japan to Iran, here’s 11 different reasons the world needs to grow up when it comes to the very healthy, very normal bodily function that every woman of age goes through once a month.

I. In Kenya, girls fashion unsanitary pads from leaves, rags and even mud 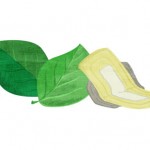 A package of sanitary napkins, even the cheapest kind, is far too expensive for the average girl in Kenya. And so, menstruating girls resort to rags, leaves, newspaper, bits of mattress stuffing or even mud to roughly fashion some sort of protection. Such slip-shod sanitary methods not only leave these girls feeling uncomfortable, they are unsanitary and can cause health problems.

II. Periods are rewarded with isolation and shame in rural Nepal

Although it was outlawed in 2005, remote rural villages in western Nepal continue to follow an inhumane and illogical tradition that discriminates against menstruating women. [inlinetweet prefix=”” tweeter=”” suffix=””]Known as the Chaupadi Tradition, this practice involves isolating girls while on their period for a week,[/inlinetweet] and segregating them from the rest of society until their time of ‘shame’ is over. Girls and women subjected to this tradition are typically sent to live in a shed where they have minimal protection from the elements, can develop life-threatening illnesses and have little to no human contact. A classic example of society failing women once again. 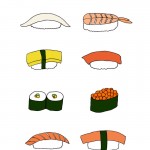 A female sushi chef in Japan is such a rare sighting, it’s almost a myth. As per tradition, women have been excluded from the field specifically because of menstruation. Professional chefs are supposed to have a steady taste in their food, and[inlinetweet prefix=”” tweeter=”” suffix=””] it is believed that a woman on her period has an imbalance in taste. [/inlinetweet]Turns out, the only real imbalance is in Japan’s society.

Women in America that struggle with financial stability are faced with yet another challenge – proper sanitation. Most women’s shelters lack tampons and sanitary pads, since these items are expensive and supporters often don’t think to donate them. And, without access to clean showers, homeless women find it extremely difficult to stay clean and free of infection while menstruating. Serious health problems as a result of economic strife, which can be very expensive to cure – a tragic Catch 22.

V. In Malawi, you can’t even mention menstru-SHH! 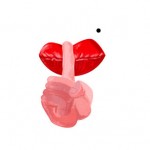 Parents in Malawi have an effective way of dealing with their discomfort towards periods – they just pretend it doesn’t exist, simple. Shame surrounds menstruation so extensively, that parents don’t even talk to their kids about it. Young girls, with great difficulty, glean what little information they can from their aunts, who teach them how to fashion sanitary pads from old clothes. Along with these unsanitary tips, girls are given valuable advice –[inlinetweet prefix=”” tweeter=”” suffix=””] don’t talk to boys while menstruating. [/inlinetweet]How can a woman already uncomfortable during menstruation survive when her biology is such a great social taboo?

VI. Girls in Bolivia believe that improper disposing of pads could cause cancer

For young girls in Bolivia, every month they receive three visitors – their periods, humiliation and shame. Indignity is so ingrained with menstruation that girls are urged, even by teachers, to keep their used sanitary pads far away from the rest of the trash. Defying any scientific logic, [inlinetweet prefix=”” tweeter=”” suffix=””]traditional beliefs hold that disposing their pads with other garbage could lead to sickness or cancer. [/inlinetweet]And, as if this wasn’t enough, menstruating girls don’t even have proper access to private restrooms.

VII. In parts of India, women aren’t allowed to touch food with their ‘polluting menstrual hands’

Folklore has some Indian girls and women believing that if they handle a pickle while they’re menstruating, it will spoil just by their touch. The social taboo surrounding periods deems it ‘unclean’ and ‘unhygienic’, which even translates into prayer as menstruating women are forbidden from entering temples. But it’s not just the green vegetable they’re admonished to stay away from. Women and girls are also told to avoid cooking anything altogether – don’t want to risk ‘contamination’ at the hands of biology. Although, it is heartening to see that these conceptions are being challenged today, and that too by mainstream media. The sanitary pad producer Whisper’s progressive commercial ‘Touch The Pickle’ tries to tackle this ludicrous fallacy.

VIII. Women in Afghanistan are taught that bathing during your period leads to infertility

[inlinetweet prefix=”” tweeter=”” suffix=””]Washing your genitals during menstruating can make you infertile?[/inlinetweet] Afghanistan has abandoned scientific practicality with wide-spread misconceptions about periods, which ends up with dire sanitation problems. After searching high and low, we have finally identified the biggest menstrual health hazard – misinformation.

IX. In Iran, menstruation is not just a taboo, it’s a disease

The natural process of menstruation is so hushed up, and information about it is so misguided and false, that [inlinetweet prefix=”” tweeter=”” suffix=””]48 percent of girls in Iran think that it’s a disease. [/inlinetweet]Without proper menstrual education, misconceptions and false notions emerge, which can be dangerous. Social stigma driving young girls into serious sanitation and health problems – not to mention mental distress every month during ‘disease’ week. Stomach cramps suddenly seem like a much smaller menstrual problem. 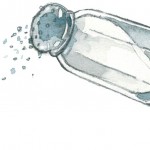 Some areas of Zambia take period-related stigma into the kitchen, with ridiculous food restrictions. In addition to not being allowed to cook, [inlinetweet prefix=”” tweeter=”” suffix=””]menstruating women are not permitted to even add salt to their meals.[/inlinetweet] These women are subjected to immense psychological anguish at the hands of social stigma, and of course, flavorless food.

Girls are brought up believing that their biology is a supernatural bane that draws out wickedness. Misconceptions and stigma have led to the point where Bangladeshi women actually bury used menstrual cloths in the ground to ward of any evil spirits that might surround their periods. The biggest evil spirit we see? Backwardness.

Rhea Almeida is a features writer with Homegrown and is a mass media graduate from St. Xavier’s College, Mumbai who lives to travel and explore new things. When she’s not playing with her adorable dog or coming up with clever things to write in her bio, that is.

Image credits (In order of appearance) –